Our Civil Service is really now The Deep State. They are unelected and mainly self-selected from their own section of society. They are permanent staff who advise ministers and continue in the same post as ministers change. Ministers rarely have much expertise in the job they have been allotted and it takes perhaps 3 years to acquire that knowledge. They are then moved on to another post to be replaced by another inexperienced Minister. The proud boast of the Civil Service was that it was neutral and gave sound advice to ministers irrespective of the politics of the minister. They have now become politicised and consider the ministers to be fools to be manipulated to the collective political views of the Deep State. Their remit is the Globalised New World Order. They are now working behind the backs of elected ministers to implement policies that have not been through parliament. Their behaviour is Malfeasance and should be punishable with dismissal and loss of pension rights.

The way the Lisbon Treaty was passed by parliament is a good example of their manipulations to achieve completely undemocratic parliamentary results to suit their political desires. They have complete contempt for the democratic opinions of the voting public.

“The reality is that the Lisbon Treaty, which is actually called The Consolidated Treaty on the Functioning of the European Union (TUE), has not been read by many.
A huge portion of it is in annexes which are “restraint”, they are not in the public domain, only those granted access by the European Commission can legally read the treaty in its entirety. This means that the pro EU BBC, politicians and journalists are promoting the Lisbon Treaty when have not been able to read it and do not know what it commits us to.
It is also enormous, one  EU official called it the largest document in human history, they may well be correct. Furthermore the annexes are amended in secret to reflect ECJ case rulings.
We are being governed by the provisions of a treaty we are not allowed to read in full and that is regularly amended without our knowledge or consent. This applies not only to us common folk but also to our MPs. In fact huge rafts of EU policy, based on the treaty, are unavailable even to the likes of Merkel and Macron.”
I understand the document is 3000 pages long.
Was it ever written to be understood? if so by whom?.
If our own politicians cannot read it or understand it
how the hell can they sign up for it?. 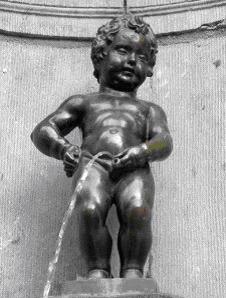