France had bankrupted itself helping the American War of Independance and several bad harvests reduced the people to poverty so on the 14 July 1789 the Proletariat stormed the Bastille for the guns and gunpowder and began the French Revolution. The social Elite of France was decimated.

From then on the Establishment of all countries are terrified of an armed citizen uprising. Hence their desire to disarm the Proletariat.

The US Declaration of Independence specifically declared the right of all citizens to own guns. With good reason. The citizens were the ruling class.

No civilian should have access to weapons that would allow them to resist the will of the ruling class!!!

For the law abiding citizen it is surely much better to have a concealed gun and never need to use it rather than not have a gun when you need one immediately?

When the government says that the citizens cannot own guns is when the citizens need guns. But of course, the self-defining elite will continue to have multiple armed guards. 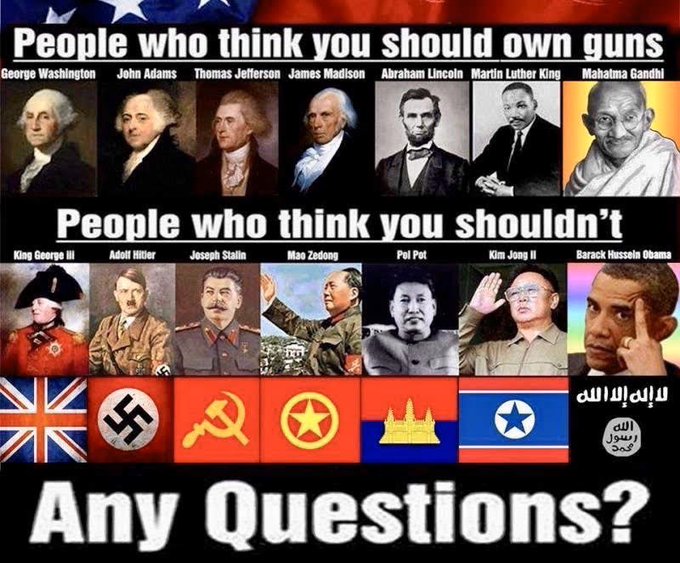 Gun control only works for those who control and have guns.

The majority of mass killing gun crime in the US is in gun-free zones. The killer does not want anyone to be able to shoot back. 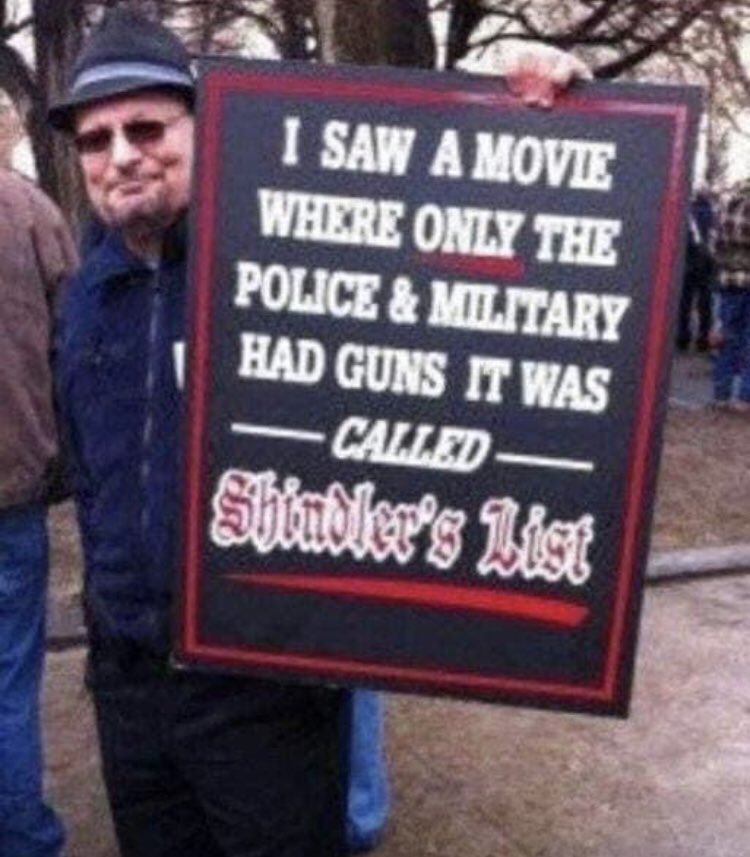 If a crackpot deliberately drives his BMW sports car into a bus queue of little children is the rational response to ban all BMW sports cars?

9/11 terrorists used aircraft to kill 3000+. The logic of the anti-gun lobby must be to ban all aircraft as well.

Guns, knives, aircraft, acid do not kill. Only people kill

It is like saying that pencils are responsible for bad spelling. 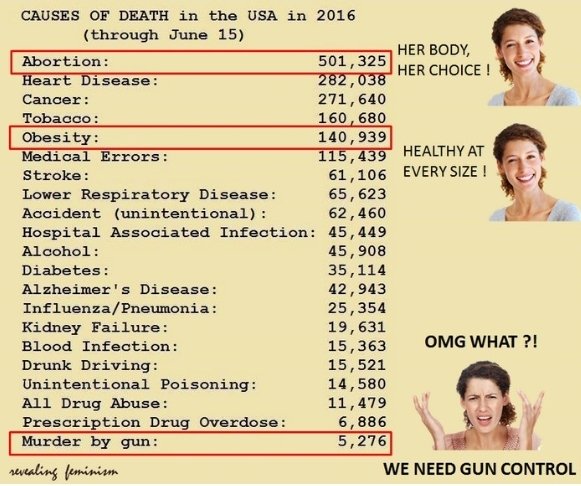 Pick up a rifle and you change instantly from a subject to a citizen. – Jeff Cooper

In 2016,  Republicans in the Senate voted unanimously to ban people from buying guns who were on the FBI’s terrorist watch list. The NRA even supported it. Every. Single. Democrat. Voted. Against. It. 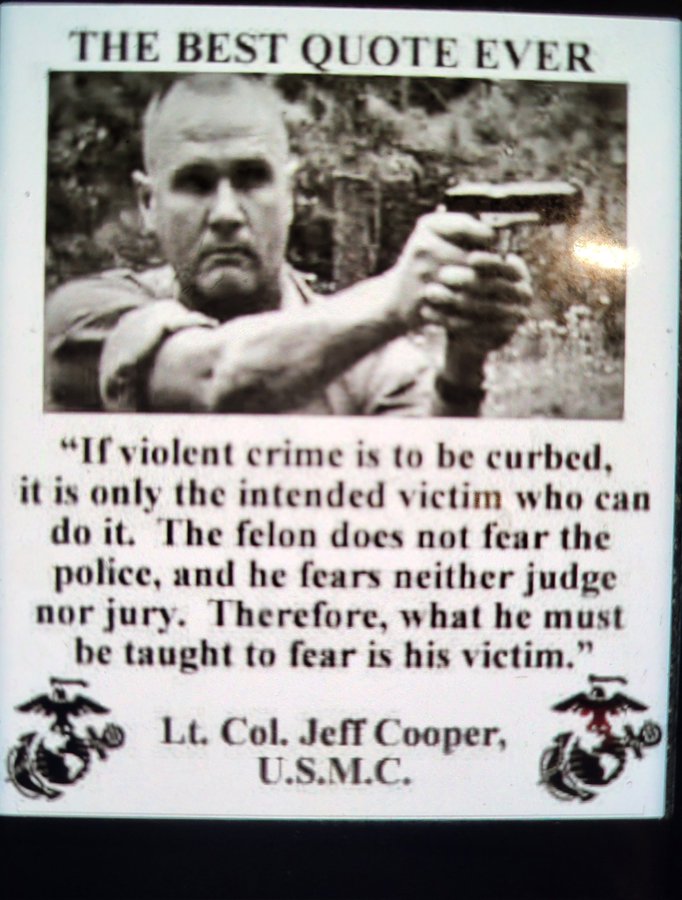 The Pope castigates citizens who want to own or produce guns. A hypocrite of the highest order

I am assured that the Pope is not protected by guns but water pistols???

It is not guns and cars that are the cause. It is usually the sad nutcases spaced out on drugs or religious dogma. Why not make a concerted effort to bring the Mr Bigs in the drugs world and militant preachers to justice rather than those hooked on drugs.

When the Establishment quotes gun deaths they include suicides to make the figures look bigger. 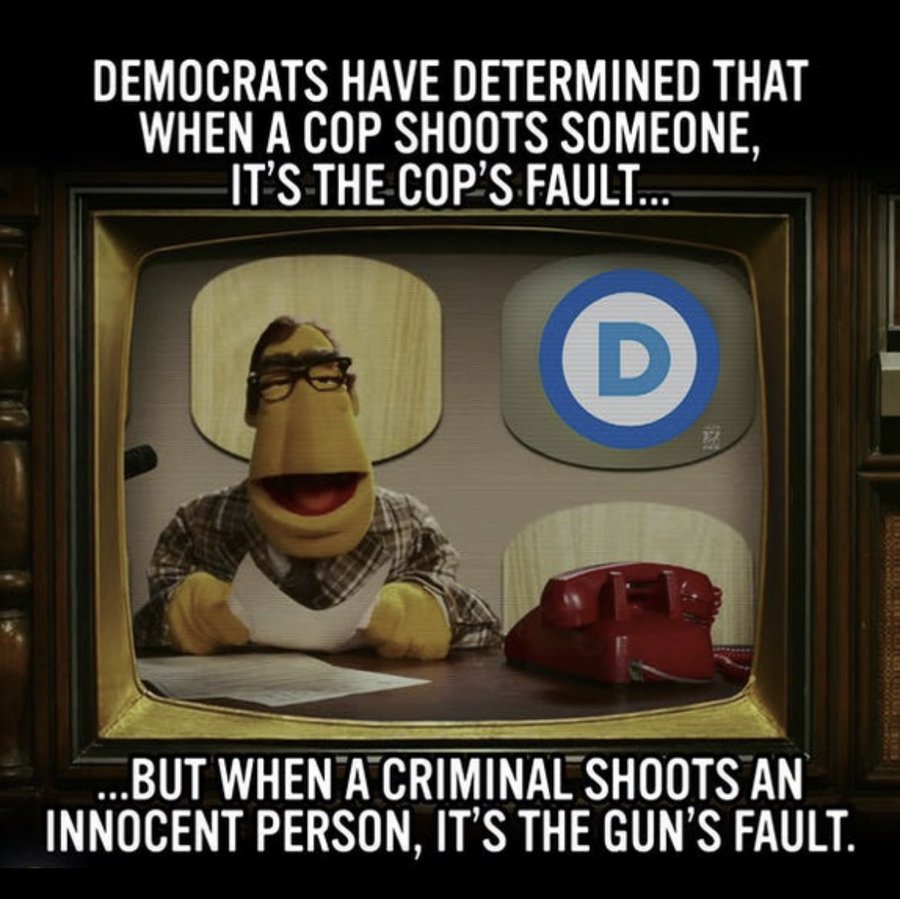 As Obama calls for more gun control, let’s remember that UCC is a ‘gun-free zone.

In 1789 the French peasants rose in rebellion and stormed the Bastille to become armed. The consequences for the French Establishment was an age of terror and the guillotine. Since then Establishments have sought to ensure the citizens are never armed and so incapable of an armed uprising. 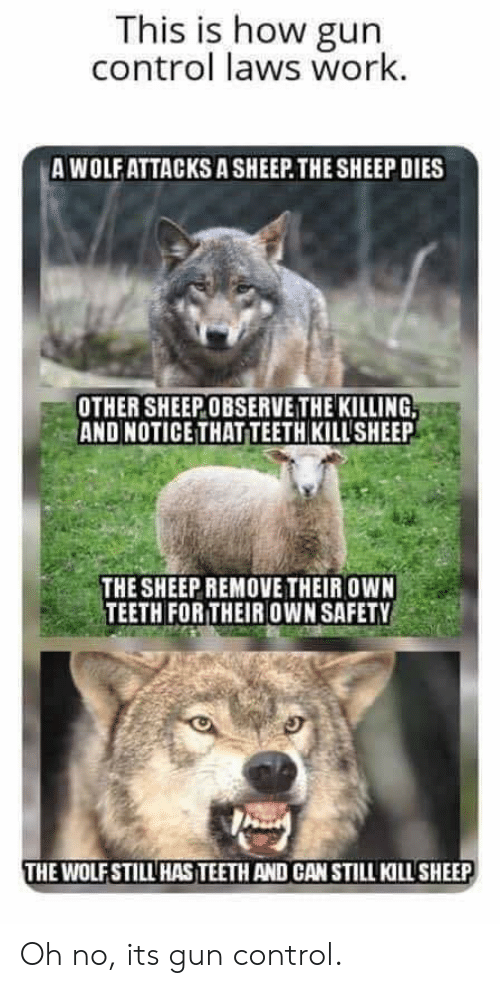 In the UK the Dunblane massacre of school children by a well known unstable person, who had been refused membership of the local gun club, was enthusiastically grasped by the Gov as an excuse to disarm responsible citizens. Not the criminals as they very rarely pose a threat to the Establishment – usually to other criminals and the public who get in the way. 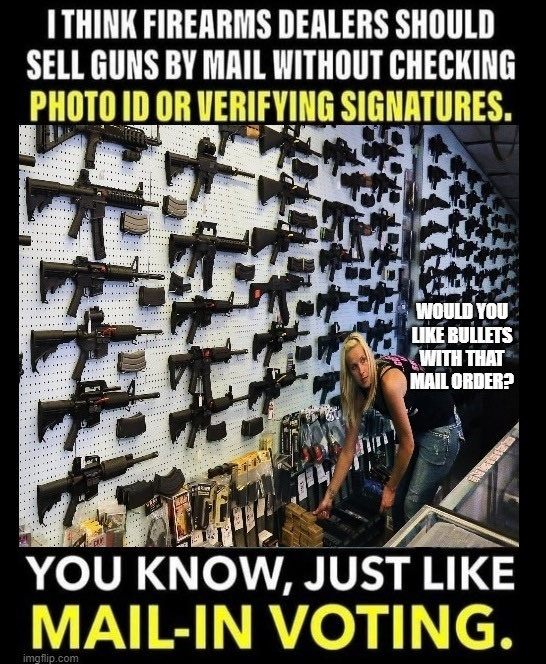 After the horrific shooting that took place at Umpqua Community College in Oregon, President Obama, as presidents often do after National tragedies, took to the airwaves to comfort a shocked and grieving nation. But, as is so often the case with this particular president, he couldn’t help but use the opportunity to call for more gun control (oh, and to talk about himself).

But there’s one little problem with the President’s narrative: UCC, like so many other campuses across the country, had very strict gun control. In fact, it was and is a “gun-free zone”. No weapons are allowed on campus. Did this fact stop the shooter? Nope. Did it stop good people from defending themselves? Yep.

Sadly, most Americans will never be presented with this reality. Rather, they’ll be inundated with calls for gun control about whatever this week’s outrage is. Case in point: An article by the far left blog “Think Progress” has already irroneously claimed (don’t click) that it is against the law for colleges in Oregon to declare themselves “gun free.” At the time I’m writing this, it’s the first result when searching for “Gun Free Zone” on Google. The problem? It’s simply not true. Don’t believe me? I was able to find this in about 5 minutes: 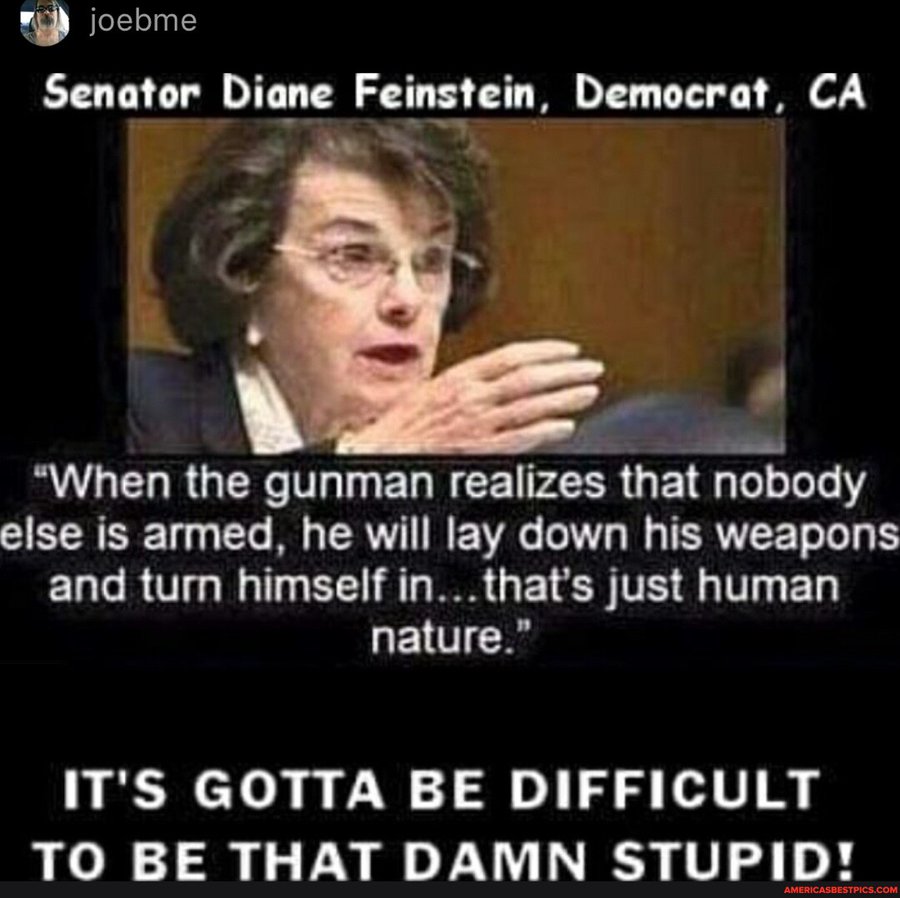 We need a body of civilian people familiar with the use and handling of guns. The best way is via the Territorial Army. Each TA base to have a civilian gun club attached.

Would you post a sign announcing that your home is a gun-free zone? Would you feel safer? Criminals don’t obey these signs. In fact, to criminals, gun-free zones look like easy targets.

This week the Tennessee state Senate Judiciary Committee considered four bills that would make it easier for people to defend themselves. Three of the bills would end gun-free zones at universities. The fourth would allow permit holders who are banned from carrying guns in gun-free zones on government or private property to sue for damages.

Gun control advocates can’t point to any problems with permit holders carrying gun in those places, but it hasn’t stopped them from wanting law-abiding Tennesseans disarmed.

Since at least 1950, all but two public mass shootings in America have taken place where general citizens are banned from carrying guns. In Europe, host to three of the six worst K-12 school shootings and by far the worst mass public shooting perpetrated by a single individual, every mass shooting has occurred in a gun-free zone.

With dozens of cases where permit holders have clearly stopped what would have been mass public shootings, it is understandable why killers avoid places where they can’t kill a large number of people.

Killers often openly talk about their desire to attack where guns are banned.

In June, the Charleston killer’s first choice was to target the College of Charleston, but he chose the church instead because there were armed guards at the college. In his diary, the Aurora, Colorado, “Batman” movie theater killer, James Holmes, wrote he was considering attacking an airport and a movie theater, but he turned down the airport option because he was concerned about its “substantial security.” Elliot Rodger, who shot to death three people in Santa Barbara, California, explained in his 141-page manifesto that he turned down targets because he worried that someone with a gun would cut short his killing spree.

University of Chicago economist Bill Landes and I studied the effects of 13 types of gun control laws on public mass shootings from 1977 to 1999. We found that permitted concealed handgun laws were the only effective measures in preventing or reducing the harm caused by these attacks.

Those advocating gun-free zones argue that permit holders will accidentally shoot bystanders. Or that arriving police will shoot anyone with a gun, including the permit holders. At colleges, fears are raised that students will get drunk and misuse guns.

Out of the innumerable cases in which concealed carry holders have stopped shootings in malls, churches, schools, universities and busy downtowns, no permit holder has ever shot a bystander. Nor in these cases have the police ever accidentally shot a permit holder.

Today, 12 states mandate that permit holders are allowed to carry guns on public college campuses. An additional 21 states leave it up to each university. But these legal restrictions didn’t exist before the early 1990s. Students with permits didn’t cause any problems on school property. Indeed, a study this past year by the Crime Prevention Research Center found that college-age permit holders in Michigan, Nevada and Texas are at least as responsible as older permit holders.

Gun-free zones are a magnet for murderers. Even the most ardent gun control advocate would never put “Gun-Free Zone” signs on his home. Let’s finally stop putting them elsewhere.