The Nevada GOP posted this today: “Under subpoena, the DMV finally provided a list of green card holders and non citizens who had obtained driver’s licenses. …We discovered that 6,260 non citizens were registered to vote and 3,987 non-citizens HAD VOTED.” 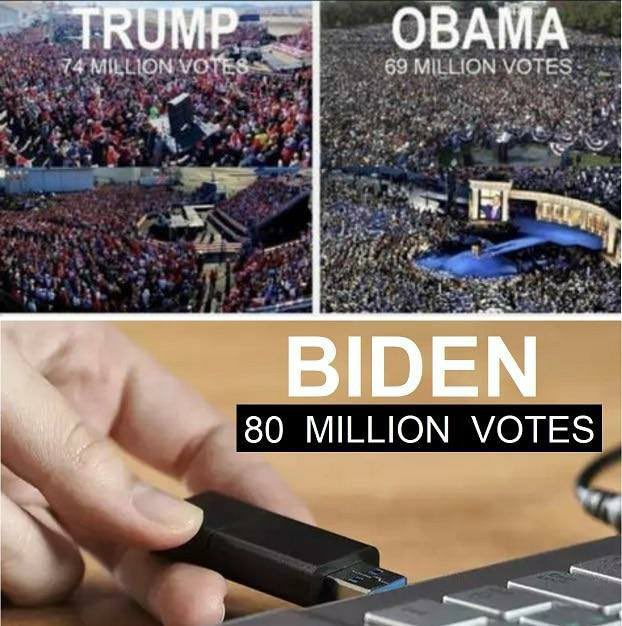 Another USB card filled with votes for Biden!

Huge news in Wisconsin, where a disability services coordinator has come forward with evidence that every single one of her more than 20 severely disabled clients had their vote systematically stolen from them. https://newstalk1130.iheart.com/featured/common-sense-central/content/2020-11-16-disability-service-coordinator-blows-whistle-on-vote-fraud-in-group-homes/?Sc=editorial&Pname=local_social&Keyid=socialflow

Sydney Powell basically said today that the Dominion machines executives are tied to Soros and the Clintons. These people are now on the run and they closed their offices which they shared with Soros foundation in Toronto.

Georgia recount monitor, in a sworn affidavit, says he saw ballots for Trump being placed in the pile for Biden during the recount in Henry County. Other observers saw the same happen at four tables, always in favor of Biden. Source: https://courtlistener.com/docket/18632787/wood-v-raffensperger/

Big victory moments ago in the State of Nevada. The all Democrat County Commissioner race, on same ballot as President, just thrown out because of large scale voter discrepancy. Clark County officials do not have confidence in their own election security. Major impact!
Donald J. Trump  @realDonaldTrump
“Second Georgia County Finds Thousands More Votes, Majority Are For Trump” https://dailywire.com/news/breaking-second-georgia-county-finds-thousands-more-votes-majority-are-for-trump

Two men have been charged in a 41-count criminal complaint after they allegedly submitted thousands of fraudulent voter registration applications on behalf of homeless people (NBC Los Angeles).

BREAKING: The Trump Campaign has just announced that they have evidence that 15,000+ people voted in Nevada have also voted in another state

@SidneyPowell1
· Nov 15
Worse than that, the evidence will show that #Dominion and #Smartmatic were created for the precise evil purpose of rigging elections for corrupt rulers. And the companies are foreign owned, created with communist money. @realDonaldTrump @LLinWood twitter.com/LLinWood/statu… 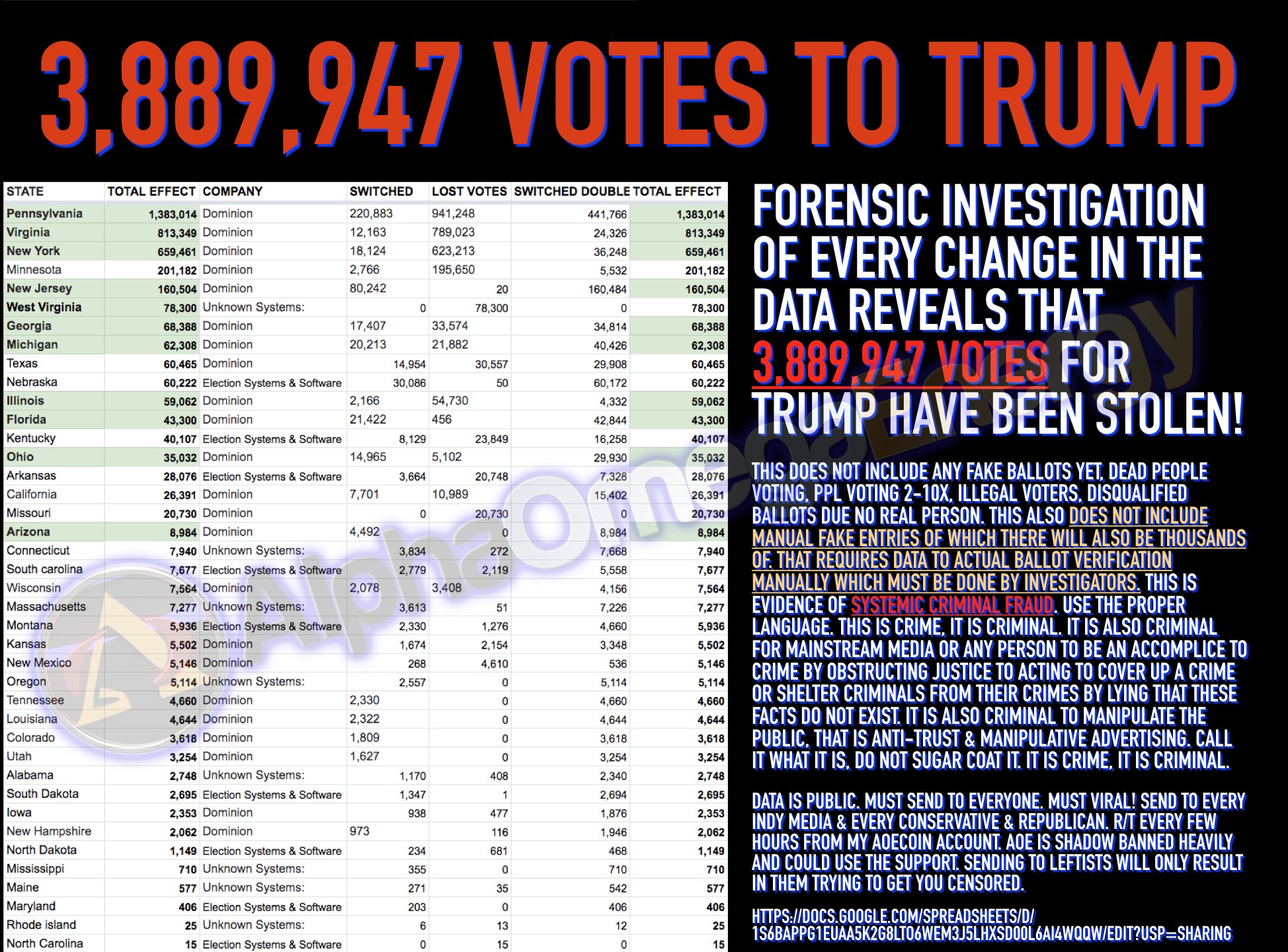 So far, we have 234 pages of sworn affidavits alleging Election irregularities from just ONE county in Michigan. Here are the allegations:

“Peter Neffenger, President & on the Board of Directors of Smartmatic … just so happens [to be] on Joe Biden’s Presidential transition team.

And that’s only a few of them, Mick. The potential voter fraud we’re uncovering in Michigan is UNPRECEDENTED.