It is essential that the voting public understand what CBDC is. It is a creature of the Great Reset.

First to understand Normal Banking – You want to borrow £10,000 from a bank – If the Bank lends you £10,000 in money they have to have £10,000 in gold in a shed behind the Bank. They do not have that so they lend you Currency instead which is a just a cluster of electrons in a computer. That money does not exist, it is FIAT money and then the bank charges you interest on that non existant money loan. That begs the question as to why it cannot be paid back as a cluster of electrons not by your labour?

It also involves the person you pay joining in the charard that curency is real money. We are in a Debt Economy where everyone is in debt (from your bank overdraft to your mortgage) and as such you are easier for the Establishment control. A £20 note is only worth about 20 pence – the value of the paper. You can buy £20 of goods with it if everyone joins in the pretence it is worth £20 not 20p.

Some spiv Companies used to pay their workers in ‘tokens’ that could only be spent in the company’s own (overpriced) shop. It was known as ‘trucking’.

To stop this practice the Truck Act was passed that workers had to be paid in cash.

It is common practice now to pay the employee, with his agreement, into his bank account by Bank Transfer for security and convenience. However the employee then has the ablity to withdraw cash from Automatic Teller Machines in a Petrol station, HighStreet and other means at any time.

Cash is King at the moment – long live the King.

Commerce (particularly Corporations) wants to get rid of cash for digital currency as it is costly and inconvenient to have to count the takings at the end of the day. No problem with that so long as that is the only reason. It is quicker and easier for the citizen to pay by Credit Card as you do not have carry a pocket of cash.

CBDC is a core principle of The World Economic Forum and The New World Order. (read  https://winteroak.org.uk/2020/10/05/klaus-schwab-and-his-great-fascist-reset/)

It will enable the banks and government to have complete control of what you can buy and also what you are not allowed to buy. A far better financial system would be GESARA ( read  https://theeventchronicle.com/what-is-gesara/) to abolish debt.

Cash will no longer exist but you will have a smart card like a Credit Card with all your details of what, where and when you have bought anything and control whether or not you will allowed to buy what you want.

If you want to by petrol for your car when you insert your card it could come up ‘purchase refused as you will exceed your carbon credit allowance this week’.

If you want buy some pork chops from your butcher it could come up ‘purchace refused as pork chops are offensive to our Muslim citizens and Vegans’. 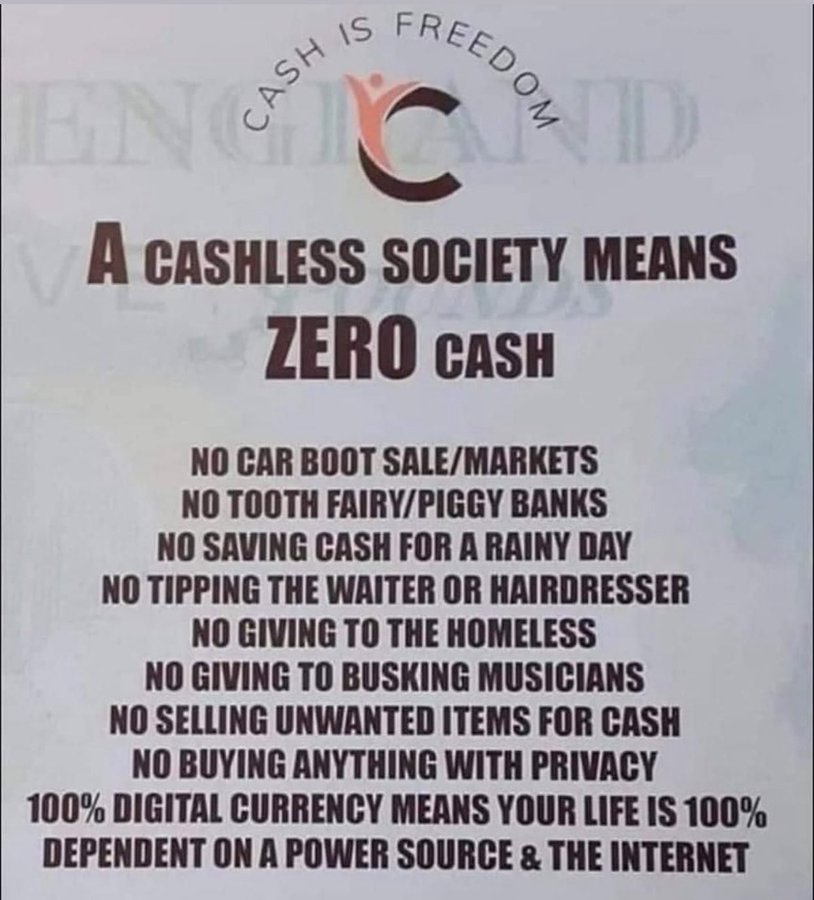 It is a form by which governments (or others?) can control your life completely.

Similar could be said about smart energy meters. If too many electric car owners all want to recharge their cars at the same time your smart meter can switch off your electricity remotely.

The word “SMART” refers to “self-monitoring, analysis, and reporting technology.” A smart illusion of convenience, when actually its about tricking us into forms of digital control.

“All things will be smart and connected to the internet.” ~ Klaus Schwab. 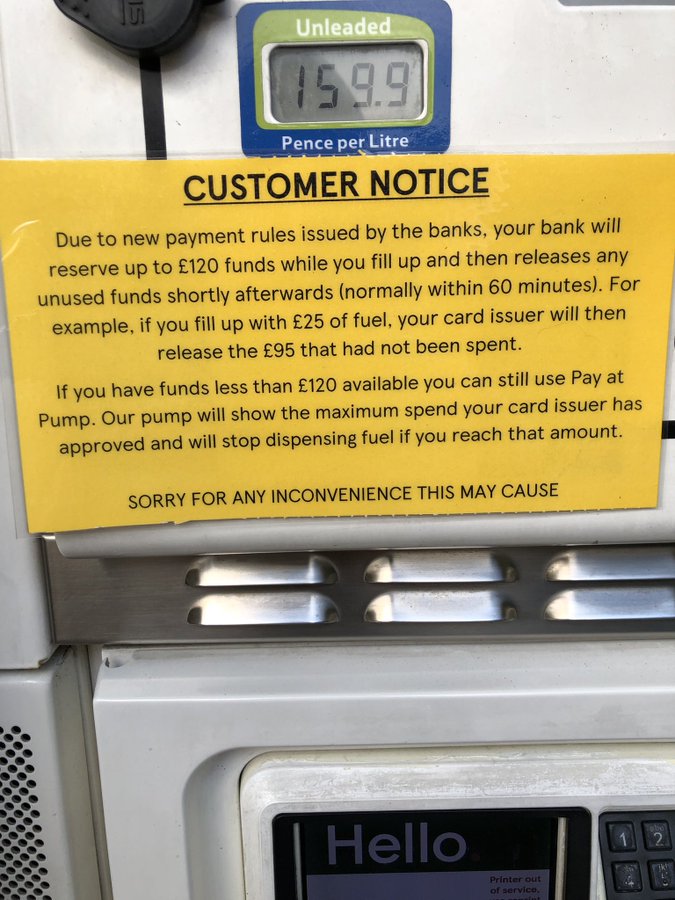 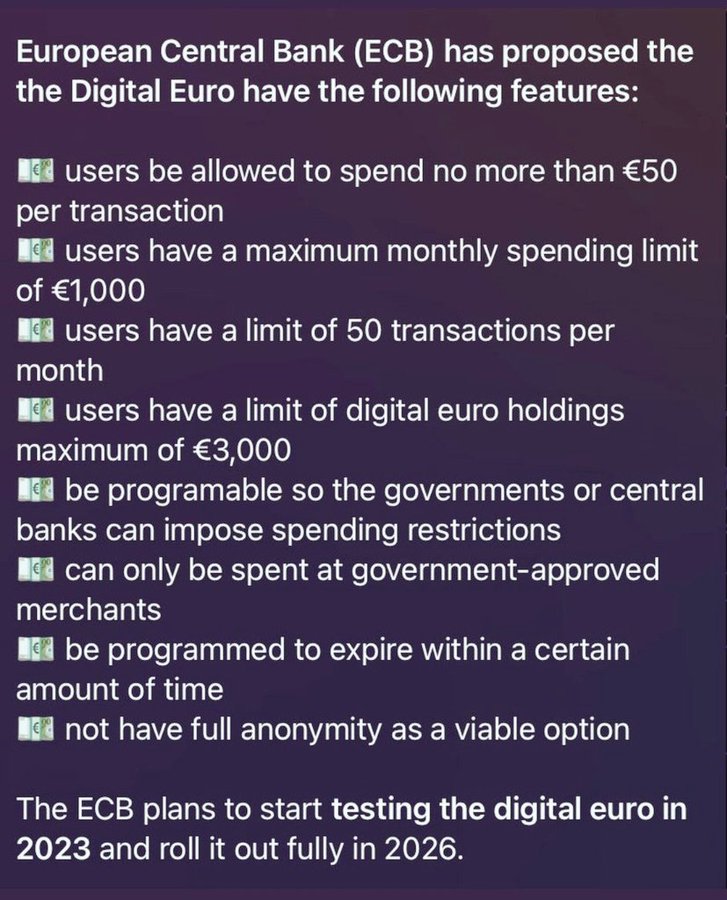 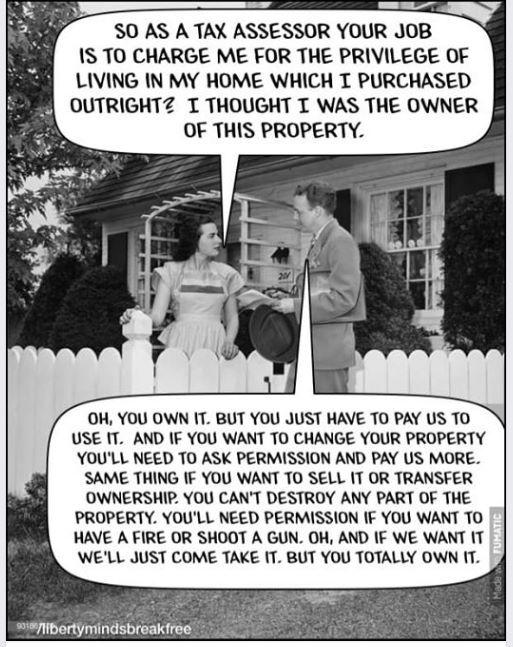 More from China… If you try to enter public transport with a yellow QR code… immediately an alarm goes off… If your QR code is not green, you are cut off from society with no access to transport, food and even your residential complex…

A disturbing aspect of the coup that has taken place in parliament is that Rishi PM and his family are very heavily into CBDC. As such it reasonable to expect him to want to ban cash for CBDC 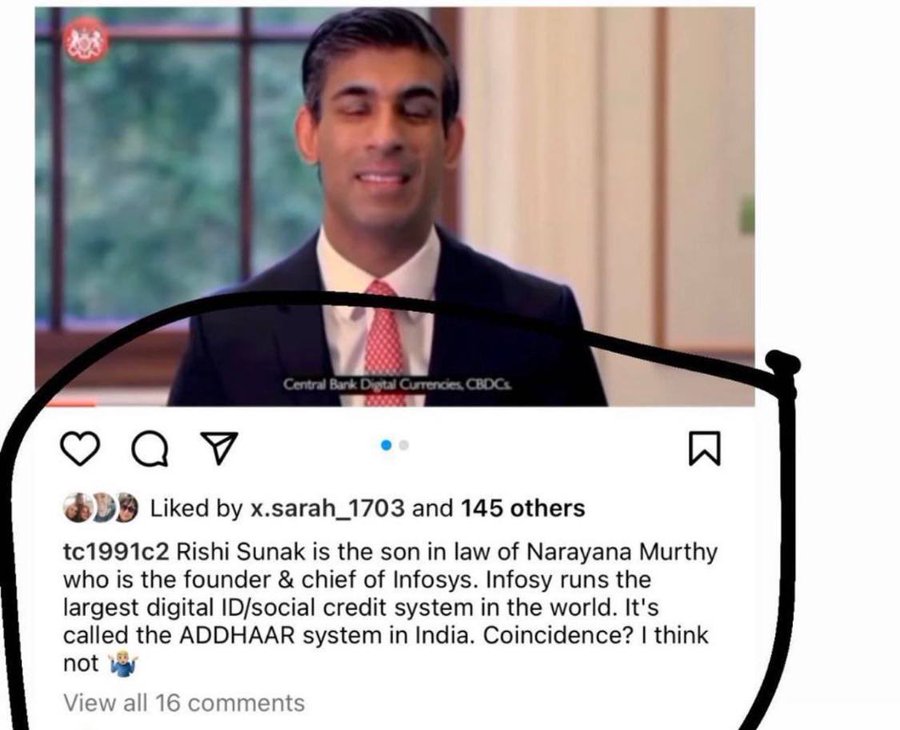 It is for you to decide if you want this for your future.