Posted on 12 September, 2015 | Leave a comment
Our one time rulers – Mrs Merkel and Macron – have demanded that all European countries take their “fair share” of the (mainly M*sl*m) migrants over-running Europe’s apparently unguarded borders.

But how do you decide what a “fair share” is? Merkel and her lapdog will probably try to link the number of migrants to each country’s GDP as that will ensure Britain gets landed with most of the flood of human migrants pouring into Europe. It is pertinant to also consider how long they should stay before returning to their homelands and should be vetted annually. They should not have the civic rights of the indiginous people but be looked after until safe to return. Should they wish to remain they must have useful talents to support themselves and be of use to the host nation.

But I’ve got a better idea. Why not link the number of refugees each country takes to its population density? It should be noted that this list does not include Japan, Saudi, Lybia, S America – only White cultue countries.

Saudi Arabia has ample space and Europe should take in no refugees/migrants until the population density of Saudi equals that of UK.

Not only that, but I’ve even worked out the numbers for Merkel and her French chief.

Here’s how I’ve done it. I’ve started with Europe’s most densely populated country – England. England’s population density is 413 people per square kilometre (413 ppl/km2). Then I’ve worked out how many refugees the main European countries could take for them to reach the same population density as Europe’s most densely populated country – England (see table attached)

This shows that to reach the same population density as England (413 ppl/km2), Germany could take 67 million migrants, France could accommodate a whopping 160 million and Spain an even larger 161 million. And our close neighbours in Scotland have room for over 25 million! That should please socialist Sturgeon.

In all, just the thirteen European countries (on my table above) could accommodate more than 680 million migrants before reaching the same population density as England.

This of course does not include places like Saudi, Japan, Africa, Russia, India,  China

Well. That seems to solve the problem of deciding how countries should take their “fair share”  of the migrant swarm. So, using my calculations, there’s no need for Europe’s most densely populated country – England – to take any migrants at all and our friends in these thirteen countries can comfortably absorb over 680 million migrants.

And this only covers Europe. There  is a whole world out there 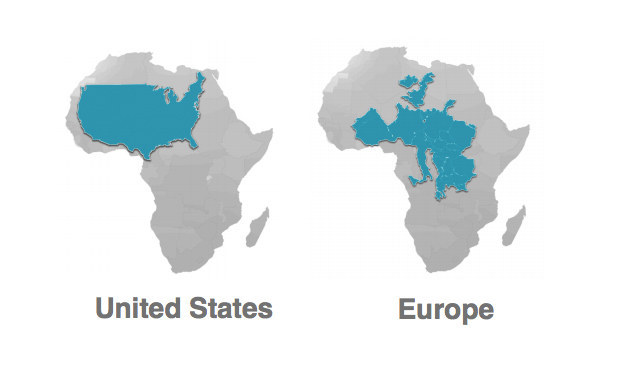 That seems to me to be giving each country the “fair share” that Merkel and Macron demand!

It’s pity that our Government has neither the brains to think up such a solution nor the balls to protect our national interests by standing up to Merkel and Macron.

England is full!  Let the migrant deluge go somewhere else! Ask the Coopers, the Blairs and the Sturgens to accommodate them!