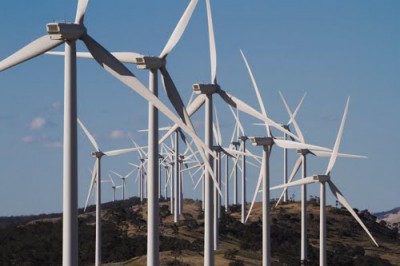 South Australia is where the Australian wind industry meets its ‘Waterloo’ – which is fitting in its way: one of SA’s worst public health disasters began at Waterloo in 2010 – when 37 Vesta’s V90s (3MW monsters) spun into gear.

From then on, the incessant turbine generated low-frequency noise and infrasound these things cast over a distance of 10km has destroyed the ability of dozens of families to sleep, live in and otherwise enjoy their very own homes.

Channel Seven’s Today Tonight was on to that community calamity very early on, including coverage exposing the South Australian EPA’s bend-over-backwards efforts to fudge noise data and to otherwise help its wind industry mates to cover up health effects – such as sleep deprivation – so obviously caused by excessive night-time noise:

Channel Seven’s Today Tonight is the must-watch current affairs show for SA’s aspiring working class – when an issue becomes the top story on Today Tonight, you can guarantee you’ve reached not only a substantial audience by number; but that you’ve also hit political dead-centre – in terms of reaching voters capable of deciding elections; and policies on the way to them.

The Today Tonight viewer mightn’t be a Twitter jockey, but he or she is a first-class talker; whether it’s at work or backyard barbecues, whatever they’ve seen soon becomes the topic of the day (or the week).

When the topic is their spiralling power bills and, despite paying through the nose for the stuff, suffering statewide blackouts to boot, you can guarantee plenty of fist-waving fury being added to tea room and backyard debates on just who, or what’s to blame.

Just how dire things are for the wind industry, was laid out in a barbecue-stopper a couple of weeks back, that has snapped South Australians out of their complacency about energy policy, in general; and their wind power debacle, in particular – that broadcast was picked up here:

STT thinks that Today Tonight has done what all good journalists aim for: to shine an unwelcome light on the falsehoods pedalled by our political betters for their own selfish ends.

In the case of the great wind power fraud, the source of the institutional corruption that feeds it is twofold: the votes that come from the gullible and naive inner city lefties – who haven’t a clue about power generation (or much else, for that matter); and the $billions in REC Tax/Subsidy that gets siphoned from unwitting power consumers into the coffers of Union Super funds (like IFM, owner of beleaguered wind power outfit, Pacific Hydro – see our post here) – and thereafter channeled into the Labor Party’s electioneering war chest.

For hard-pressed South Australians, the inevitable consequence of that cynicism is an energy ‘policy’ that has killed off whatever ‘competitive’ edge SA may have once had – by delivering the highest power prices in the Nation (by a factor of 2 or more), if not the highest in the World on a purchasing power parity basis. Leaving it with the highest unemployment rate in the Nation – with worse to come.

Moreover, with the full cost impact of the Federal government’s $3 billion a year wind power subsidy scheme yet to come (the LRET doesn’t start to really bite until 2017 – see our post here); and the closure of SA’s cheapest base-load power producer – Alinta’s Port Augusta plants – due in April 2016, SA power prices are expected to more than double again.

Then there’s the issue of statewide power blackouts caused when wind power output totally collapses, on a totally unpredictable basis:

Put in that context, the State mandated destruction of dozens of thriving rural communities, by rendering homes uninhabitable and/or crushing the value of property by more than half – or unsaleable at any price (see our post here) is even more despicable.

In the Today Tonight broadcast below, STT Champion, Hendrik Gout launches a sardonic side-winder missile at South Australia’s wind power ‘policy’ disaster. And, in a little over 8 minutes, manages to score direct hits on every target we’ve outlined above; viz, a costly, intermittent, unreliable power source; that’s killing industry and destroying the viability of SA’s rural heartland. Along the way, Hendrik enlists support from the AFL’s CEO, Gillon McLachlan – whose power and passion for the fight we covered here: