What of the future?In order to understand the bizarre behaviour and decisions of many of our top politicians that seem to defy common sense. You have to be aware that there is a titanic struggle taking place between two conflicting World Orders that are quite incompatible with each other. However it is taking place out of the public domain. The Main Stream Media and TV resolutely refuse to expose this as they are generally part of the Globalists. Globalism is the New World Order. It is the undeclared policy of the UN although they have alluded to it several times.

It is a war going on but not with tanks and bombs. It is between Globalists and Populists. The Globalists want to completely control all human activity. Their weapons are the Mockingbird MSM, lies, bribery, deceit with the Education community brainwashing of our children, destruction of the nuclear family and rioting. They wish to reduce the Western industrial society to a complete shambles for it to be rebuilt as a Soviet-style society. It is spearheaded by the United Nations that has been hijacked by Globalism. They are not secret but very secretive.

Their aim is to remove the white DNA from the human gene pool by mass migration into white nations and persuades white families to have only two children or none at all.

Black Lives Matter is a front for the Marxist ‘revolution’. What the Marxists cannot achieve at the ballot box they hope to achieve by violent civil disorder.

A significant aim is to replace the white Caucasian people with the Coudenhove Mestizo people as they will be more docile and easier to control.

They also want to do away with the nuclear family of parents, children, grandparents, uncles and aunts. Parents to have no control over their children which will be carried out by the state. To quote George Chisholm when he was the Director of the UN Health Organisation – ‘To achieve the New World Order it is first necessary to remove from the minds of men their individualism, loyalty to family traditions and national identity’.

Possibly a significance between them is the Globalism does not accept national frontiers. Globalists believe anyone has the right to go to any country whether they be a criminal, health Hazzard, Workshy and entitled to be looked after. Populism believes in a people having the exclusive right to a nation with frontiers and control of who joins their nation.

Globalism is to have a world government spearheaded by the United Nations and run by very few unelected super families, international banks and international Corporates – the New Illuminati. People will be completely controlled, dragooned and not allowed any personal possessions. Populism is ‘The industrial Western Culture’ of benign Capitalism with free speech and personal liberty and you are entitled to the fruits of your labour.

“There will be no curiosity, no enjoyment of the process of life. All competing pleasures will be destroyed. But always—do not forget this, Winston—always there will be the intoxication of power, constantly increasing and constantly growing subtler.” George Orwell, 1984

A significant aim of the NWO is to have every one to have chip inserted in them at birth so they can be tracked every where they go for their entire life. Possibly for the chip to be part of a vaccination.

When Ted Heath was asked why he deliberately lied to parliament and the country to get the UK into the EU he said it was necessary as ‘the British people are too stupid to be involved in governing themselves’. That is the firm belief of the Globalists about the world’s population.

Brexit is part of this struggle. Those who want to thwart Brexit are, whether they realise it or not, aiding the New World Order

The Advocates of Globalism also want to eliminate Christianity, particularly Protestantism,  due to its culture of free speech and personal liberty.

They also support the ‘Debt Economy’ where everyone is in debt to the banks as they are then easier to control. Populism supports a Debt Free Economy which gives the populace a much happier and relaxed existence.

The terms Left-wing and Right wing no longer explain current politics. Globalism and Populism are much nearer the mark.

The end game for the New World Order is to eliminate ‘Western Culture, dismantle the Industrial Society, reduce the world’s population by some 90% (how they intend to do that they do not say), remove Western Society culture and the white DNA and have a population of docile, easy to control Mestizo people.  They will be returned to serfdom and servitude for the benefit of a small number of fabulously wealthy families, International Corporates and international banks.

Nothing wrong with the industrial society. It is not a threat to humanity as it has lifted millions upon millions out of poverty. The overwhelming threat is the third world birth rate that is out of control. The Industrial Society has given us, among many others:

electricity from a switch

Foul water removed at the press of a lever.

washing machines that have released millions of women from washday drudgery

Medicines that control or eliminate disease

The extreme ‘right’ is a dictatorship in alliance with international Corporates. eg Hitler and A G Farben(a conglomerate of large Chemical and industrial corporates.)

The remit of a Populist society is that you can do anything you like that is not prohibited or causes other people grief and you are entitled to the possessions that you have worked for. In a Globalist society, you can do nothing unless you get permission from the authorities and personal possessions are not allowed. The Populist society that the vast majority of citizens want with just law for everyone. Nobody is above the law.

A fair days pay for a fair days work and you are entitled the fruits of your labour.

The New World Order was first mooted in 1775 by Adam Weishaupt. It ticked over quietly as a curiosity until post-WWII when it began to be taken seriously. For 60 years the Globalists have been quietly infiltrating all the arms of government, the Education Authority, police, civil service, charities, BBC etc etc. One way is by Common Purpose.

The EU is a major step towards the undemocratic New World Order.

They want the world to be like a giant anthill. The queen ant is the Illuminati, the soldier ants as the bureaucracy and the rest mindless, soulless worker ants.

Aims of NWO, the UN and the EU. These are not my words but the stated aims of the New World Order. 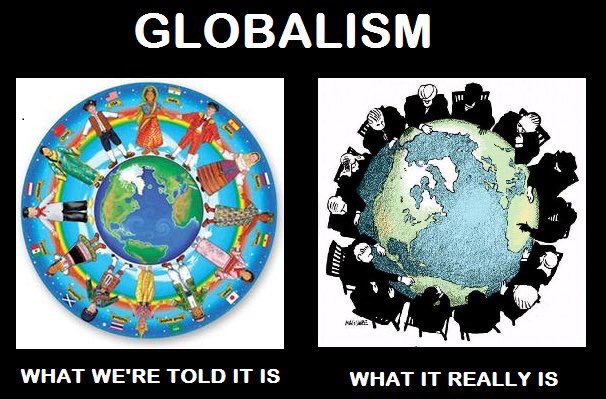 The uncontrolled birth rate and inability to feed themselves the Third World is putting impossible strains on the First World . The overexploitation of the earth’s resources is also becoming critical. The third world wants to share freely in the wealth that is being generated by ‘Western Civilisation’ as an entitlement without having the work ethic to generate any wealth..

The Globalists want to be in absolute control over all human activities with their version of a perfect, ordered and completely undemocratic society with all trade controlled by International Corporates. Society will be divided up into

Orwell’s 1984 is essentially being used as an instruction manual for the Globalist New World Order.

The Club of Rome (see theeuroprobe.org type BNE into search box  and appendix 80)  or hyperlink  http://www.theeuroprobe.org/2014-002-the-club-of-rome-invented-global-warming/

We currently have a Libertarian Populist society where traditional nuclear family life and one’s ethnic and national history are of great importance to the individual. The bedrock of Populism is the nuclear family. The desire to work to improve your life and family, individualism, personal freedom and free speech are highly prized. The individual has the opportunity to exploit their natural talents for the benefit of themselves and their families with spin-off for society in general. Democratic governance is of prime importance for the individual as opposed to being the exclusive right of the political class. The genetic heritage and legacy of the individual are of great importance.

9 Most important Free Speech. Even if is not approved by the Establishment

The industrial society has taken hundreds of millions of people out of poverty and drudgery. However the resulting pollution and waste need to be very strictly controlled with recycling not dumping.

Libertarian Populism can be somewhat chaotic but individual liberty and free speech are your choice. It has been under continual attack since the end of WWII

The other is the United Nation’s New World Order and Agenda 21 that wants to supplant our varied cultures with a single rigid, monolithic controlled society. Now called Cultural Marxism.

With this philosophy, all National borders, traditional family life, your ethnic heritage, private property, national cultures, national history are to be destroyed for a new society. This will be run by the ‘New Illuminati’. A controlling Soviet-style group of fabulously wealthy unelected families, politicians and bureaucrats. UN Agenda 21 (now 2030). The Bureaucrats (the Nomenklatura) will be appointed and unaccountable to the citizens. So long as they acquiesce and stay ‘on message’ they will have a very pleasant lifestyle indeed. The citizens will have no say whatsoever in governing. Individualism and free speech are quite incompatible with such Soviet governance. The bulk of the population will be little more than serfs who will be controlled and ordered.

The aim of Globalism is to make the genetic heritage and legacy of no importance to the individual. It is a core requirement is to mix all the various tribes, particularly the white tribes, into one undifferentiated monolithic tribe as it is considered they will then be much easier to control. Coudenhove’s Mestizo race.

“The most effective way to destroy people is to deny and obliterate their own understanding of their history.”

International Corporates will control all trade with self- employed squeezed out. Nobody will be allowed to be self-supporting. Everyone must be beholding to the state for all their needs. This will enable to the state to have complete control of everyone. Everyone must be in debt. Those in debt are much easier to control.

However, everyone would be fed and housed but with no personal choice. All will be allocated by faceless bureaucrats.

BNE  in theeuroprobe.org Appendix 86  The Committee of 300: Some of the Shadow “Elite”

The EU is part of this project spearheaded by the UN – a sort of updated version of the Roman Empire.

This is been quietly set up over the last 50 years without consulting ‘the people’ or even informing them of the UN’s intentions.

We can only have one of the above cultures.

The UN charter was written by Alger Hiss later exposed as a closet Marxist. The UN is now like a stick of Blackpool Rock. Sweet and sugary on the outside with Cultural Marxism running through its core. 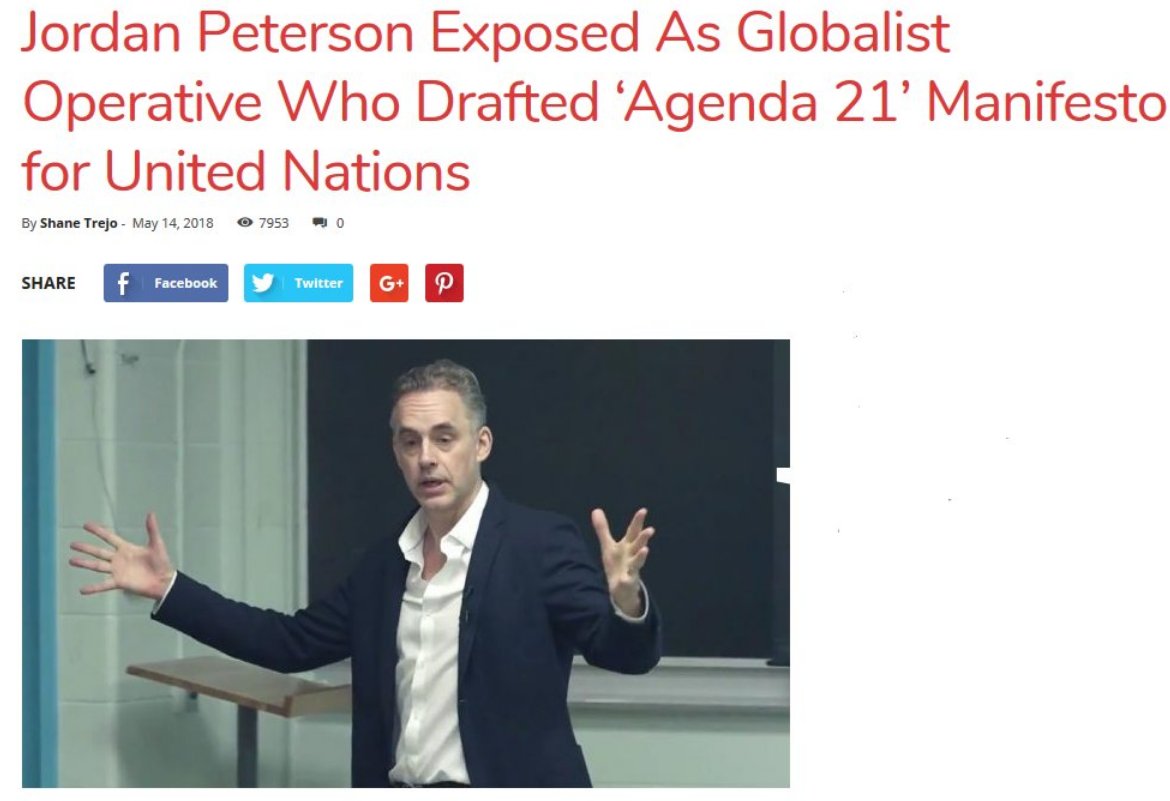 It is like the fable of the fox wandering into the farm meeting a farm dog. ‘What are you doing?’ said the dog ‘Looking for some food’ said the fox. ‘Well join me here’ said the dog. ‘The farmer gives me food and a nice kennel to sleep in’. ‘Sounds great’ said the fox ‘but what is that chain around your neck?’’ Well’ said the dog ‘the farmer only allows me to do what he wants when he wants it’. ‘And the rest of the time?’ asked the fox. ‘Nothing I just sit in front of my kennel when not working for the farmer.’ ‘Not for me’ said the fox ‘I like to run free and do what I want – goodbye.

But of course, the fox is very disruptive to the smooth, orderly way of running the farm and so has to be hunted down and killed.