I have watched a longer interview with Harry Miller, who has now won his case against the police for registering a “Non Crime Hate Incident” against him because of remarks he had made about transgender people. Of many matters mentioned, the following impressed me.

(1) The police had actually no business doing this sort of thing. The judge remarked that they had behaved like “the Stasi, the Gestapo or the Cheka”.

(3) The police could disclose his record (for instance) to somebody checking on Harry Miller’s suitability for employment.

(4) The police had been following this procedure since 2014. There must be hundreds of thousands of records of such illegal actions by the police and they need to be destroyed. The senior responsible officers need to be disciplined publicly – at least for “wasting police time” which should have been used for protecting the public. Police officers were instructed that they too could be guilty of “hate crime” if they questioned any report of such an incident, however ill-founded or far-fetched it was. 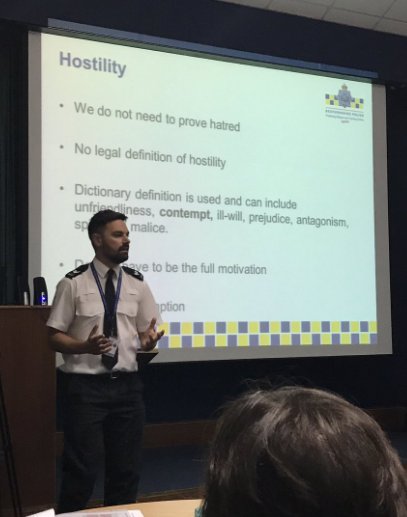 IN 2016 I came across this Orwellian procedure as a result of  a letter from a charity which I support and wrote it up here.